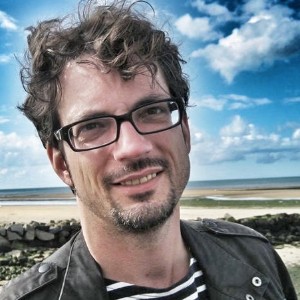 Matthias Hornschuh (1968) lives and works in Cologne as a composer for film, TV and radio. Besides commissioned compositions for the media & theatre, he writes and produces music for leisure parks, songs and arrangements. Hornschuh deals as author, director and freelance producer with acoustic art, research into football movement and cultural mediation projects.

Hornschuh regularly teaches at various universities and, in his texts, investigates the fringe area between theory and practice. His expertise in film music, politics of culture and author's rights make him a much asked for speaker and moderator all over Europe.

Founder and chairman of the Association of Media Composers mediamusic, co-founder of SoundTrack_Cologne.

Films and radio plays with Hornschuh's music are screened worldwide and have gained many awards.