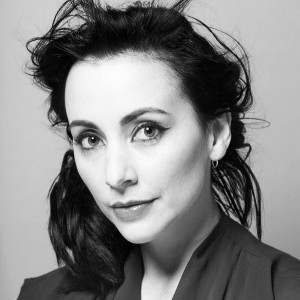 Kate Havnevik is a songwriter, artist and film composer, she lives in a small wooden cottage outside Oslo, between the mountains and the sea. She was fostered on classical music and opera as her parents are classical musicians in various theatres and orchestras in Norway.

Kate started out as a classical and electric guitar player inspired by her big brother, she joined a punk band for a while, but also started writing her own music with guitar, piano and voice at the age of 13. Her first 4-track created a strong interest for studio recording. After studying at Paul McCartney’s Liverpool Institute of performing arts, she moved to London and pursued a career in music.

Kate’s debut album, the critically acclaimed Melankton, was first released in March 2006 and then licensed to Universal Republic USA in 2007. Havnevik has successfully utilized two Pledge Music crowdfunding-campaigns to fund some of her albums, including You, 2011, and &I, 2015. Her music has been prominently featured in TV shows such as Grey's Anatomy, The O.C., and The West Wing and other shows. Later years Kate has focused on Film scoring and has composed music for a numerous short films, documentaries and feature films. She just finished scoring the Norwegian Feature film “Alle Utlendinger Har Lukka Gardiner” for Miso Film, Oslo.