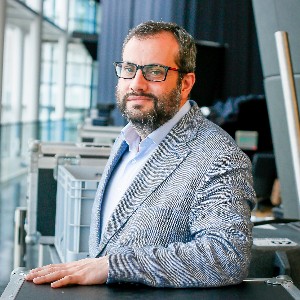 Ibán García del Blanco, 42, was born in León, Spain. In 2003, he started a full-time career in politics, serving from local to national administration: City Councillor (2003-2011), member of the Provincial Council (2011-2012), and member of the Spanish Senate (2012-2015) where he served as the second Vice President of the Health and Social Affairs Committee.

Within his political party, the Spanish Socialist Workers’ Party (PSOE), García del Blanco is a member of the Federal Executive Commission in charge of Culture and Sports.

In 2018, García del Blanco was appointed President of Acción Cultural Española (AC/E), an agency providing public support to the promotion of culture, both in Spain and overseas. He held this position until his recent election as an S&D member of the European Parliament, where he serves as Vice President of the Legal Affairs Committee and he is a substitute member in the Committee of Culture.

Ibán García del Blanco holds a Degree in Law. As a lawyer, he has specialized in cultural management.