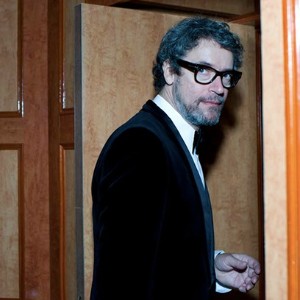 Same year he joined the Danish radio orchestra as a drummer under the direction of Palle Mikkelborg. Since then there has been no looking back.

He has released 11 solo records.

Was part of the UK electronic outfit Mish Mash with a no 1 hit in 15 countries and top 5 in the UK “ Speechless”
Has also worked with .
Phillip Glass, Barry White, Abba, Terry Reily, The Rolling Stones , The Brecker Bros

And for 3 of his teenage years he played drums with any jazz artist that happened to pass through Copenhagen and needed assistance such as: Joachim Kuhn, Dexter Gordon, Phillip Catharine, Phil Woods, Dizzy Gilespie, Don Cherry.
Received wisdom from:
Per Nørgaard, John Williams, Adrian Bentzon, Ennio Moricone, Terry Reily.and many more.

FILM SCORES
He has written 20 scores for film and TV.
Among them:
THE RIOT CLUB, ON OUR OWN and JUST LIKE HOME by Lone Scherfig
THE SALVATION by Kristian Levring
THE FLYING DEVILS, THE COP By Anders Refn
EPIDEMIC by Lars von Trier
A GREAT DAY AT THE BEACH by Stellan Ollson
THE ONION FIELD by Joseph Wambaugh (as ghost writer)
FROM HEART TO HAND, THE PATRIOTS and P.O.V by Tomas Gislason
THE MAN WHO COULDN’T OPEN DOORS by Poul Arden
SOIR SAGE by Juliette GarciasJ

THEATER
Directed the play “ A woman alone” by Dario Fo and Franca Rame at The Tristan Bates Theater In the west end London and Luxenburg 1998
Co directed/ created « EXIT 2000 1999 and curated the Play/Performance « Love stories » 2006 both in Copenhagen.

SOUND INSTALLATIONS
Louisiana Museum 20011/2012
Nikoline Liv Andersen retrospectiv in Paris 2015
Tivoli Illumination” an installation for music, water and light, commissioned by Tivoli gardens in Denmark that was permanent for 7 years. From 2002.

In the past couple of years he has seen film and photography as an extention of his music and is working to merge theese 3 things.