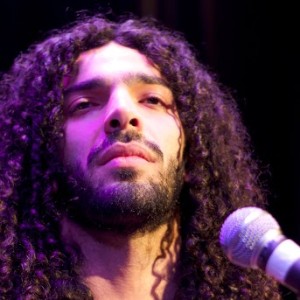 Ramy has had a real take off when he was introduced to the internet, a new medium to broadcast his music and his Facebook page was dedicated to uploading the songs created which were exactly four songs.

After the success of his first four songs, Ramy was offered a chance to sing in a concert at the public park in Mansoura. This concert dragged along a small tour and, thereby, Ramy took part in the S.O.S tour in Alex, Mansoura
and Ismailia.

Ramy decided to make an adventurous move and launch his first album “Law Kan” online. As most of his work, the album was disputable gaining again a large capacity of criticism scoring almost half a million singing came. Performing as well as composing was not the only change Law Kan bearded, hereby, Ramy witnessed a change in the genre of music he benevolences from Pop to Rock. Ramy’s songs became more critical of the Egyptian reality addressing sensitive issues.

Mashakel Band: Ramy had decided that it was time for him to put his own band together. The band was formed and reformed over ten times with only Ward Hassan, the percussion, as a constant member of the band and the band performed at Rawabet Theatre in Cairo.
Being the mainstay, Ramy managed to establish himself under the band label even when he performed alone twice at Beet El-Shae’r and a third concert at Al-Genina Theatre.

The Sound of the Revolution:
The music have proven to be the strongest weapon available in hand to face the oppression and injustice and Ramy was its herald for all his songs became a reflection of everything the streets had to say. The chance to perform in Tahrir Square in front of two million people uttered Ramy, how he sang and how he interacted with his music and, somehow, he became a phenomenon. The protestors urged him to sing whenever desperation took over the square and put down the spirit.

After the 25th January uprising, Ramy directed all of his work and art in the opposition of the corrupt regime and support of the revolution. He wrote, composed and sang the anthem of the revolution “Irhal (Leave)” becoming extremely famous for “Edhakoh ya Sawra” and “Taty Taty”, too. After Mubarak’s resignation, Ramy proceeded in his war on injustice directing his political songs to oppose the Supreme Council of Armed Forces who took over the country after Mubarak.

He took a career changing decision of becoming an independent musician and he produced his first album “Manshourat (Publications)” without the help of any labels. Manshourat was an underground hit taking the music revolution and the conception of underground bands into a different level in Egypt.

In June 2012, a mini album titled “ Elmasala (the obelisk) ” was released. It was mainly talking about the presidency elections and refusing these elections under the Military rule